Regulations in key offshore jurisdictions came into force at the start of 2019 which require entities carrying on specific types of business to demonstrate adequate economic substance in that jurisdiction.

Appleby’s regulatory team can assist clients in assessing the applicability of the economic substance regime and can advise on measures to ensure ongoing compliance.

What is the Background to the Economic Substance Regulations?

The Council of the EU adopted a resolution on a Code of Conduct for business taxation, the aim of which was counteracting the effects of zero tax and preferential tax regimes around the world.

In 2017 the Code of Conduct Group (Code Group) investigated the tax policies of both EU member states and third countries, assessing:

Following assessment by the Code Group, each non-EU relevant jurisdiction (which includes Bermuda, the British Virgin Islands, the Cayman Islands, Guernsey, Isle of Man and Jersey) was required to address the Code Group’s concerns about ‘economic substance’.

The governments in each of these jurisdictions worked closely with the Code Group to ensure that those concerns were adequately addressed. As a result of this engagement, new laws and regulations were adopted in each jurisdiction (Substance Regulations).

Which entities are subject to the Substance Regulations?

WHAT IS a Relevant Activity?

Certain exemptions and carve outs may apply (for example, where a relevant entity carries out a relevant activity the profits of which are taxed elsewhere).

What are the Economic Substance requirements?

An entity (other than a holding entity, and entities that conduct intellectual property business, for which there are different criteria) conducting a relevant activity will satisfy the economic substance requirements if:

The Substance Regulations also set out the circumstances where the above activities may be outsourced.

Appleby’s team of regulatory experts is available to help clients:

This guide is a summary of the law and procedures relating to private trust company (PTC) structures... 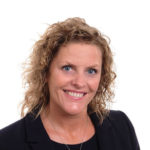 Guide to companies in Guernsey

An overview as to the types of companies available in Guernsey, the requirements for incorporation, ...

Join us as we discuss the consequence of this legislative development on structuring the management ...

The Bermuda Registrar of Companies (ROC) extended the filing deadline for those entities which earne...

Establishing a business in Jersey

If you wish to set up a new business in Jersey, a number of general legal issues need to be addresse...

Matthew Carr
I need to
Get updates from us
Sign Up