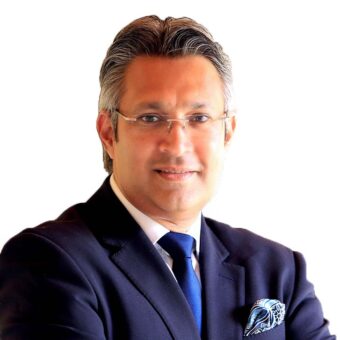 Yahia Nazroo is a Partner and Practice Group Head of the Dispute Resolution department in Mauritius, having joined Appleby in December 2016. His practice focuses on civil, commercial and criminal litigation.

He has a wide range of high value commercial and trust disputes, insolvency proceedings and judicial reviews. He recently provided expert opinion on Mauritian law to the Supreme Court in Bermuda and he routinely deals with offshore clients on commercial, civil and fund disputes. He has appeared with Nikki Singla QC in a trust litigation matter which has become the leading authority on trusts in Mauritius.

Yahia was recognised as a Leading Individual in the recent Legal 500 Directory, described as “a very assured partner [who] understands the jurisdiction very well.”

Yahia is also a specialist in all matters pertaining to the laws of gaming and betting. He advises one of the two horseracing organisers in Mauritius. He also successfully represented an Italian jockey in the first case of ‘cheating’ tried in Mauritius under the Gambling Regulatory Authority Act.

Yahia acts as tutor for advocacy training of barristers at the Institute of Judicial and Legal Studies and is a regular resource person for the Institute. He has been for a number of years an examiner for bar exams for the Council of Vocational and Legal Education. He also sat on the Rules Committee of the Supreme Court of Mauritius.

Yahia represented law firms of Mauritius within the category of “Designated Non-Financial Business and Professions”(DNFBP) at the on-site assessment of the Financial Action Task Force (FATF) in September 2021, which subsequently led to Mauritius being removed from the FATF grey list in October 2021.

He regularly participates in Law Conferences including INSOL, India Disputes, The Cyber Crime Investigation and Cyber Forensics and the ICE Totally Gaming Conference.

He has served 6 years on the Bar Council for the Mauritius Bar Association and has been the Secretary of the Council for five years.

Yahia is fluent in French and English.

At its plenary meeting held on 21st of October 2021, the Financial Action Task Force (FATF) conclude...

Appleby Mauritius redefines the legal landscape of seizure prior to claim by successfully defending contempt of court proceedings based on an 1808 legislation.

Appleby Mauritius redefines the legal landscape of seizure prior to claim by successfully defending ...

The BETAMAX Case: the Aftermath

Legal 500, one of the leading international legal directories has published its Europe, Middle East ...

Appleby acted for the Appellant in the matter of Jeremy William Hodgson v The Registrar General befo...

Appleby acted for the successful Respondent in the landmark decision of Mauritian Eagle Leasing Comp...

One of the unsettling questions that lingers in the minds of creditors is how to secure or recover t...

COVID-19 and the Mauritius Justice System: How will this pandemic affect court work?

The coronavirus pandemic of 2020 has affected every aspect of our lives. Humankind is facing a globa...

This case summary brings a new dimension to the approach of the highest court of the land on interna...