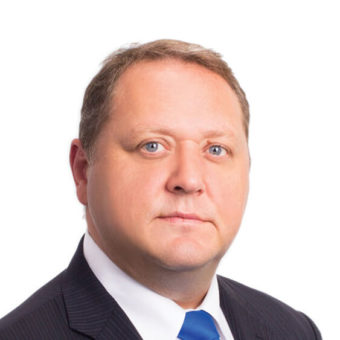 Jeffrey Kirk is the managing partner of the Appleby British Virgin Islands office and he leads the BVI office Corporate Practice Group. He advises on public and private M&A, capital markets, banking & finance, FinTech including digital assets, investment funds & services, private equity, (re)insurance and other corporate matters. He is also the global head of the Appleby Islamic Finance Practice Group. Jeffrey has worked in the Appleby London, Bermuda, Hong Kong, Cayman Islands and BVI offices and has extensive experience advising on the laws of the BVI, Bermuda and the Cayman Islands.

In the 2020 Chambers Global listings, Jeffrey was ranked as an eminent practitioner and is regarded by commentators as a “sensible operator” and was held in high regard for his depth of knowledge and long-standing client relationships. In 2019, Chambers Global described Jeffrey as “articulate and precise” as well as being the “consummate all-rounder”. In 2018 they noted that he is praised by interviewees as a “brilliant lawyer” who is “articulate and picks things up easily.” Having formerly practised in the firm´s Hong Kong office, he is particularly noted for his expertise working with Asia-based clients, and is hailed by sources for his “service-oriented advice.” In other previous years’ editions of Chambers Asia-Pacific and Chambers Global, he was rated for his debt capital markets expertise and gained affirmation from clients as being “very prompt, practical and responsive. He combines legal expertise with commercial understanding” and that “He stands out for his insurance and reinsurance expertise.”

He has also been ranked as a leading individual by The Legal 500 since 2014, which noted that he stands out for his “responsiveness and ability to deal with demanding clients.” IFLR1000 has also ranked Jeffrey as “highly regarded”.

University of the Witwatersrand (South Africa)

“[Jeffrey] is somebody who is always looking for solutions and sees things from the client’s point of view.”

Appleby discusses the implications of a new UK law, the Economic Crime (Transparency and Enforcement...

The BVI Business Company is widely used globally as the core of many corporate financing investment,...

The Securities and Investment Business (Amendment) Act, 2019, which came into effect on 31 December ...

The unprecedented market volatility and substantial declines in stock prices that we have witnessed ...

Data Protection Guide 2022: BVI. With data protection laws in more than 120 countries around the wor...

This guide provides an overview of the financial support on offer to businesses in the BVI. We revie...

In the eye of the storm: recap of Hurricane Irma in the BVI