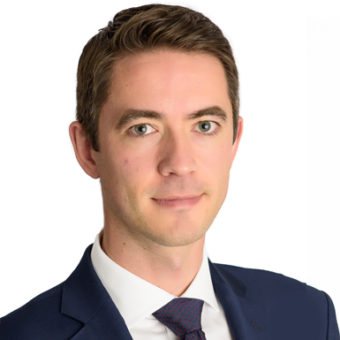 Garry Manley is a partner in our Isle of Man office who advises on a broad range of Isle of Man and BVI corporate transactions.  He has extensive experience of advising on domestic and cross-border mergers & acquisitions, joint ventures and venture capital/private equity investments, with a particular focus on regulated financial services and insurance businesses.

In addition to his M&A practice, Garry has a strong regulatory practice and frequently advises on the regulation of traditional and developing industries, including cryptoassets.  He is a pre-eminent thought-leader in respect of the regulated cannabis sector on the Isle of Man and is also distinguished in the area of economic substance, having been the only lawyer on the Isle of Man government’s public-private working group since 2019.

He received a First Class law degree from Oxford University, where he placed in the top 10 in his year and received numerous academic awards, including the Quadrant Chambers Prize for obtaining the highest mark in the university in one of his papers.  Before joining Appleby he practised for almost a decade as a mergers & acquisitions and transactional private equity specialist in the London, Hong Kong and New York offices of Cleary Gottlieb Steen & Hamilton LLP.

Garry has received a number of industry accolades in recent years, including:

Legal 500 UK describes Garry as “an outstanding corporate lawyer” who “knows how to get a deal done”.

Garry is a solicitor of the Senior Courts of England and Wales, an Isle of Man advocate and a solicitor in the Eastern Caribbean Supreme Court (British Virgin Islands).

The Economic Crime (Transparency and Enforcement) Act 2022: An Isle of Man perspective

The Economic Crime (Transparency and Enforcement) Act 2022 (the Act) (an Act of Parliament) received...

Appleby advised BGF on its recent $17.2 million investment in Myzone, the global manufacturer of wea...

Appleby partner Garry Manley has received the Gold award for “IFC Lawyer of the year, partner” a...

Appleby is acting as Isle of Man and BVI counsel to SOF-12 Cambridge BidCo Limited, a newly formed c...

Appleby’s Isle of Man office has advised on the establishment of Erso Capital, a new litigation fu...

Appleby partner Garry Manley has been named “Rising Star Lawyer for the Isle of Man” at the IFLR...

The global cannabis industry has grown rapidly in recent years as a number of jurisdictions have lib...

Warranty Claims: On time, but too late?

A recent decision in the English High Court highlighted the importance of buyers acting quickly if t...

In this, the first of a two-part series, Garry Manley considers the significance of mergers and acqu...

Brexit Day has arrived: What does that mean for Jersey, Guernsey and the Isle of Man?

Brexit Day has arrived, and at 11 o’clock this evening the UK’s EU membership will come to an en...