Liesl is Partner in the Corporate practice group. Her practice areas include subscription finance, structured finance (predominantly involving CLOs), corporate finance, mergers and acquisitions, public and private offerings of debt and equity and general aspects of corporate law. She has a vast amount of experience in complex financing transactions involving a wide variety of asset classes and has worked with leading investment banks, arrangers, issuers and collateral managers throughout the US and Europe on offshore transactions.

In 2015, Liesl completed a six-month secondment with the Appleby office in Hong Kong.

She qualified in 2011 and has worked at Appleby since qualification. She is a member of the Cayman Islands Law Society and the Caymanian Bar Association. 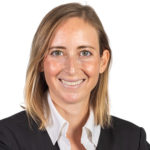