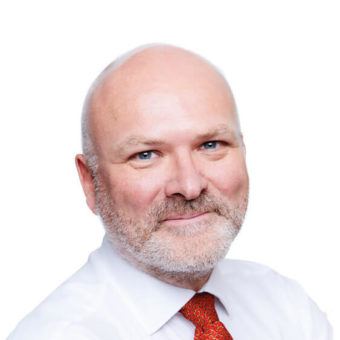 Jeremy Berchem is the Office Managing Group Partner* in Guernsey. Jeremy has extensive experience of all areas of banking and finance work including advising both lenders and borrowers in relation to all aspects of subscription, acquisition, property and asset finance transactions.

In addition Jeremy advises on the issuance of bonds and other debt instruments and their listing on the TISE, the sale and purchase of companies, corporate governance matters and the restructuring of corporate and debt structures. He also has a broad corporate and commercial practice and advises on general corporate matters.

Jeremy was named as a ‘Leading Individual’ in The Legal 500 UK 2023. Jeremy is praised for being “incredibly well versed in Guernsey law” and “able to provide advice on some of the most complex transactions”. The team “have a market leading brand and global platform, with deep legal and industry knowledge. They provide local service backed by international quality advice and lawyers.” Legal 500 go on to say “what really sets Appleby apart is its commercial understanding of the market – as well as being technically on the money, its assistance in bringing deals to a commercially agreeable position is invaluable.”

Chambers UK 2023 recognise Jeremy for being a ‘Notable Practitioner’. Clients say that “he’s incredibly commercial, responsive and finds solutions.” The team are commended for being “very good in cross-jurisdictional matters” and described as ‘extremely responsive, commercially astute… and very knowledgeable in the markets they operate in.”

IFLR1000 named Jeremy as ´Highly Regarded´ in the 2022/3 edition for his Corporate and M&A work. Clients told IFLR1000 that “Appleby combines market-leading knowledge with a partner-led service and an extremely commercial and pragmatic approach. They understand and always deliver at the levels of service City firms expect.” In addition that “Jeremy is excellent – he is responsive, knowledgeable and extremely user-friendly” and he “is an outstanding lawyer technically but balances that with being an incredibly commercial and solution-focussed lawyer.”

Jeremy joined Appleby as counsel in October 2012 having previously worked for another offshore law firm in the Channel Islands since 2006. Prior to this, Jeremy worked in the banking departments of Travers Smith in London and Dickinson Dees in Newcastle. Jeremy qualified as an English Solicitor in 1997.

* admitted in England and Wales

Jeremy’s advice and knowledge of Guernsey structures and financing issues are very impressive.

Appleby acted as Jersey and Guernsey counsel, alongside Eversheds Sutherland, to Tower Transit which...

Appleby Advocate Lisa Upham has been admitted to the Association of Guernsey Notaries Public.

Paula Fry is called to the Guernsey Bar

Appleby is delighted to announce that Paula Fry has been sworn in as an Advocate of the Royal Court ...

Guernsey is a leading funds domicile with a proven track record of more than 50 years as an internat...

Guernsey is a leading funds domicile with a proven track record of more than 50 years as an internat...

Guernsey is a leading funds domicile with more than 50 years’ proven track record as an internatio...

Brexit Day has arrived: What does that mean for Jersey, Guernsey and the Isle of Man?

Brexit Day has arrived, and at 11 o’clock this evening the UK’s EU membership will come to an en...

In 2017, the EU Code of Conduct Group (the Group) reviewed the tax policies of various non-EU countr...