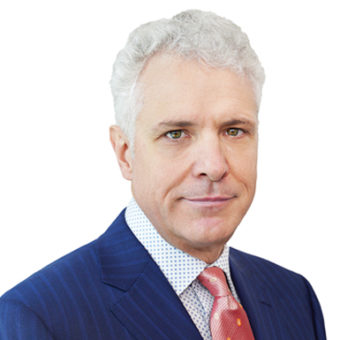 Norman Klein is the Office Managing Partner and Group Head of the Property department in the Cayman Islands. His practice includes property development, commercial acquisitions and dispositions, financing transactions and commercial and retail leasing. He has particular expertise and experience in the areas of hotel, condominium and commercial development, financing and restructuring for local and international clientele. He has also advised developers (and prepared agreements) with respect to many of the most significant development and construction projects in the Cayman Islands.

Over the past 25 years, Norman has acted for the developer, lender, seller or purchaser of every significant hotel/resort property in the Cayman Islands.  Notably, Norman acted on behalf of the owners and developers of The Ritz-Carlton, Grand Cayman Resort and the Kimpton Seafire Resort, from conception to completion. He also acts for the owner and developer of Camana Bay.

Norman is ranked as Band 1 by Chambers Global describing his “a leading light in the field of real estate”. The Legal 500 rankings identify him as a ‘leading individual’ annually, year on year, and Legal 500 Caribbean has described him as being “knowledgeable and accessible” with “particular experience in the areas of hotel, condominium and commercial development.”

Norman sat on the sub-committee of the Law Reform Commission which reviewed the Strata Titles Registration Law between 2009 and 2011. Norman is a member of the Cayman Islands Legal Practitioners Association and the Law Society of Ontario.

Norman was called to the Ontario, Canada Bar in 1992 (now non-practising) and practiced law in Toronto prior to becoming an Attorney-at-Law in the Cayman Islands in 1994. He joined the Group in 2001, after practicing for seven years with another Cayman Islands firm.

Norman is a notary public in the Cayman Islands.

“[Norman] is knowledgeable and accessible.”

The Appleby Cayman Real Estate team continue to prove themselves as leaders of the industry, remaini...

Appleby has come on board as the title sponsor of the Appleby Series Junior Meets in partnership wit...

Having supported the DG’s 5K Challenge in various capacities since 2015, Appleby is the platinum s...

The Real Estate 2022 guide provides the latest legal information on the impact of disruptive technol...