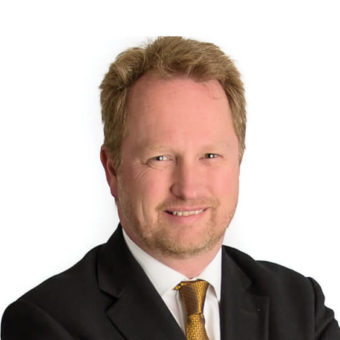 Mark Holligon is the Managing Partner of the Isle of Man office and head of Appleby’s Isle of Man Dispute Resolution team. His expertise spans the contentious and non-contentious arenas, both onshore and offshore, with a focus on commercial litigation, insolvency and restructuring.

He began his career in England, qualifying in the City of London in 1995 and gaining experience with two further leading UK firms before moving to Walkers in the Cayman Islands in 2003 and on to the Isle of Man in 2008.

In the Legal 500 UK guide, Mark has been described as having “extensive experience of offshore dispute resolution” and as being “a forceful advocate” and “extremely good in the fields of freezing injunctions and insolvency”, who is “commercially sensible and user-friendly”. The Appleby Dispute Resolution team has been described as “first-class in the field of dispute resolution and the leading firm on the Isle of Man”.

Chambers UK has refereed to Mark as being “very thorough” and “very astute” and that he “is everything a litigation lawyer should be”. In addition, “he articulates things extremely well and is very confident. I wouldn´t want to be on the other side”.

Chambers UK interviewees have described Mark as being “very good indeed”; adding: “he is well practised, good on his feet and knows how to present to the court”.

Mark has also regularly appeared in Who’s Who Legal Asset Recovery where he has been described as an “extremely accomplished” practitioner.

“Mark Holligon is a particularly impressive litigator. He has a practical, results-focused approach that places a clients strategic objectives at the heart of any matter. He marries commercially and shrewd legal tactics and has an uncanny knack of finding out-of-the box solutions that work.”

Faye Moffett will be stepping down from her role as Managing Partner with Appleby Isle of Man effect...

In the Courts in 2017: an Appleby review of offshore court decisions