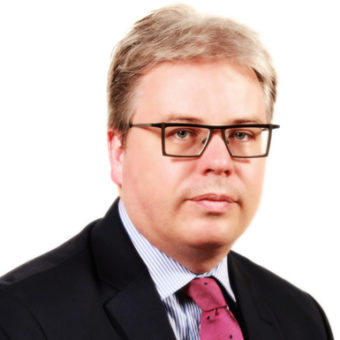 Andrew Willins is a Partner and Group Head of the Dispute Resolution department in the British Virgin Islands. He has over 20 years experience as an advocate, drawn from his time at the Chancery Bar in London and, since 2008, in the British Virgin Islands. He has particular experience in insolvency litigation, shareholders´ disputes and in complex commercial litigation, including professional negligence and cross-border fraud and asset tracing claims.

He has appeared in some capacity or other in many of the major insolvency disputes of the last decade, including Pioneer (for the Liquidators) Fairfield Sentry (for redeeming creditors), Peak Hotels & Resorts Ltd (for the Liquidators), Boston Life & Annuity Company (for the Liquidators), China Fisheries (for Maybank), Unicorn Worldwide (for the Liquidators) Luckin Coffee (for creditors) and he is one of a handful of advocates with meaningful experience in state immunity issues and the enforcement of investment treaty awards.  He successfully defeated a strike out application on non-justiciability grounds in Congo Mineral Developments, and successfully represented Pakistan International Airlines in a $5.976bn attempt to enforce an ICSID award over its assets, and is currently advising or representing a number of other sovereign states.

Andrew is ranked as a leading lawyer in the British Virgin Islands by all of the major directories and one of only four lawyers ranked by Chambers Global in Band 1.  In 2022 a source for Chambers Global described him as ‘Outstanding, particularly at synthesising complex issues and boiling down matters so the judge could deal with them effectively.’  ‘Andrew is extremely knowledgeable and insightful.’  ‘He is very bright, very commercial and user friendly.’  In 2021 they described him as ‘A very forceful advocate’ with ‘a high focus on clients’ interests.’  In 2021 Legal 500 described Andrew as a ‘superb advocate’ who ‘would be an asset in any courtroom anywhere in the world.’  In 2020 they noted his ‘Experience of heavy complex cases and his outstanding inhouse knowledge of BVI local law.’

“One of the best advocates in the BVI: pragmatic, creative, clever and user friendly.”

In this update, we will provide a rolling overview of how the authorities in the British Virgin Isla...

On 25 May 2021 the Commercial Division of the Eastern Caribbean Supreme Court set aside ex-parte ord...

Considerations for Trustees during COVID-19

Who saw a global pandemic coming in 2020?  Was anyone ready for it?  And could anyone have predict...

The Death of a Black Swan?

A Black Swan was always thought to be an anomaly that did not exist. To the BVI lawyer, Black Swan ...

Insolvency Disputes: The Effect of Failing to Challenge a Statutory Demand

What are the repercussions, if any, of a respondent’s failure to challenge a statutory demand in r...

For many years, the entitlement of litigants with disputes before the Eastern Caribbean Supreme Cour...

The Territorial Limitations of the Black Swan Jurisdiction

The Last Rites for the Siskina?

On 4 October 2021, the Judicial Committee of the Privy Council delivered its much anticipated decisi...