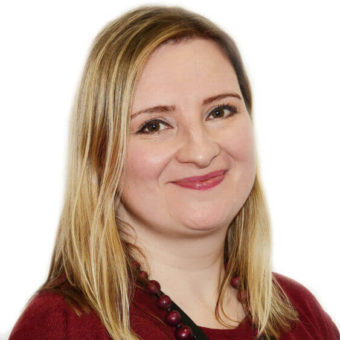 Caren Pegg is a partner in the Dispute Resolution department in the Isle of Man. She joined the firm in 2001.

She is an experienced advocate and deals with a broad range of civil and commercial disputes, including fraud and asset tracing, freezing injunctions, contentious insolvency, regulatory disputes, enforcement of judgments, Norwich Pharmacal applications, public law issues and director/shareholder disputes.

Caren also specialises in employment law and is the Global Head of the Employment team. She has extensive experience in dealing with both non-contentious and contentious matters, including redundancy, employment issues related to mergers & acquisitions, restructuring, unfair dismissal, discrimination claims and contracts of employment. Her clients range from leading global and local corporate entities to high net worth individuals. She also has experience in dealing with GDPR, work permit and immigration issues and also regarding the employment aspects of shipping law, including crew contracts.

She has been actively involved in liaising with the Isle of Man Government as part of the consultation process for both the Isle of Man Law Society and the Isle of Man Chamber of Commerce for all the employment legislation that has been introduced over the last twenty years including the Employment Act 2006 and the Equality Act 2017.

Caren has been consistently recommended in Legal 500 and Chambers UK for dispute resolution and employment for over a decade. She is named as a Leading Individual for employment work in both of these directories.

The 2018 edition of Legal 500 refers to Caren as “outstanding”, a “super advocate” and that she has “firmly established herself as one of the very best advocates on the Isle of Man”.

Caren has recently been appointed as President for the Isle of Man Chamber of Commerce, the prominent independent and influential voice for the interests of business on the Isle of Man. Caren is a seasoned public speaker and is frequently called upon to speak at conferences and events on a variety of topics.

“The ‘outstanding’ Caren Pegg ‘has firmly established herself as one of the very best advocates on the Isle of Man’.”

Leading offshore law firm Appleby is advising Monument Re Limited on its acquisition of Charles Tayl...

Appleby acted as Isle of Man counsel to KKR & co., a leading global investment firm, on its acqu...

Appleby Partner, Caren Pegg, has been officially appointed as President of the Isle of Man Chamber o...

Data Protection Guide 2022: Isle of Man. With data protection laws in more than 120 countries around...

The Crown Dependencies (Jersey, Guernsey and the Isle of Man) have announced a joint policy commitme...

Good for you, good for business

Asda Equal Pay claims: victory for shop workers in the Court of Appeal