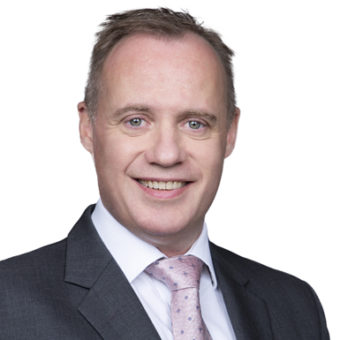 Marc Parrott is a Partner in the Corporate Department of Appleby’s Hong Kong office, leading the Investment Funds practice. He specialises in advising all types of Cayman Islands, Bermuda and British Virgin Islands investment funds and their managers, with particular emphasis on private equity, venture capital and hedge funds. His clients include international and Asian financial institutions, listed and private asset management companies, and leading onshore law firms. He regularly advises in respect of fund formation, restructuring, and ongoing operational matters. He also advises institutional and high-net worth investors in relation to making investments into Cayman Islands, Bermuda and British Virgin Islands fund structures.

Marc has over 20 years of offshore and onshore experience, including having lived and practised in the Cayman Islands for approximately 8 years prior to relocating to Hong Kong in 2014. Prior to moving offshore, Marc obtained top-tier international transactional experience having practised in Australia with Freehills (now Herbert Smith Freehills), and in London with Linklaters.

Marc has spoken, and participated in panel discussions at numerous fund industry conferences, including events organised by AIMA, HFM and the HKVCA. He has been involved in the China Working Group established by Cayman Finance, the body that represents the interests of the Cayman Islands financial industry overseas. Marc is also a member of The Law Society of England & Wales.

The launch of the fund has attracted a number of leading institutional investors, such as IDG Capita...

The panellists will discuss the competitiveness of the current hedge fund environment and more.

The Cayman Islands Monetary Authority issued a notice on 10 September 2021 advising that the filing ...

The awards celebrate providers of services and solutions to the Asian hedge fund industry.

The filing deadline for private funds annual return is coming soon – are you ready?

On 30 June 2021, the Cayman Islands Government gazetted an amendment of the ES Schedule Regulations ...